I was lucky enough to get my hands on this book the day it was published, but it took me a solid month to consume its contents and make my visual notes. As there’s truly quite a lot to cover! The book delivers an abundance of information, insights, and counsel on, what Shoshana Zuboff calls, the darkening of the digital age. It is truly Shoshana’s magnum opus. Her thinking on the topic must have been initiated back in 1989, with the release of her book “In The Age Of the Smart Machine: The Future Of Work and Power.” She is an author who writes from a place of authenticity, one who has lived through much of what ended up in the book, including first-hand work with B.F. Skinner. Presented below are my brief reactions to each part, paired together with graphically organized quotes of importance.

The message is clear – privacy is systematically removed with the advent of technologies and tools that, on the surface, make our lives easier, but underneath are designed to extract and learn our behaviors. Attractive products and services (such as Gmail or Google Maps) act as hooks that lure us into extractive operations. The exploitation our our privacy is, however, not the distinctive feature of technology. The technology is never good or bad. It is rather as a result of a new economic order which claims our experiences as its raw material. As a result, Google and others enjoy extraordinary new asymmetry – making users dependent on these tools and unlearning their old ways, while data-fueled models becomeing less dependent on us for prediction and, ultimately, automation. The reciprocity of producer-consumer is therefore disrupted.

Part I – The Foundations

The digital era offered tools to focus on the individual.

First modernity (pre-1930)- a journey of self-creation, outside of oppressive limits of rulers, fueled by a notion of individualism, capitalism and urbanization.
Second modernity (post WWII) – institutionalized shift in economic and social policies with the neoliberal paradigm reworked into a network society.
The Double Movement – Karl Planyi’s concept: the process of marketization and the push for social protections against it. A network of measures and policies with powerful institutions designed to hold these powerful forces in check.
Neofeudalism (or a so called return to patrimonial capitalism) – a reversion to a premodern society in which one’s life depends upon inherited wealth rather than meritocratic achievements due to the consolidation of elite wealth and power beyond the control of the democratic mechanisms.
Digital disposition as 4th wave commodity shift:

The society ordering principle shifted from a division of labor to a division of learning and the implications are visible if we ask questions such as:

The first to notice the anti democratic notions behind surveillance capitalism was Spiros Simitis – a German pioneer in the field of data protection. Hal Varían (Google Chief Economist) recognized data as the raw material necessary for “manufacturing” processes where insights are reinvested to form improved services. No economic exchange, no price, no profit. Just products derived from our behaviours.

Although it became obvious for Google that the insights gathered by their searches provided forecasting value, it wasn’t until later that insights started to be used to modify behavior.

With Mark Weiser’s well thought out notion of Ubiquitous computing, where technology reduces its visibility to become ultimately invisible, the nightmare of social control become possible as in the futuristic book by Herman Kahn “The year 2000” where automation was no longer the goal but rather the replacement of society and its members’ freedom to create meaning from the experiences that are available to them.

Since with all data in the world, it is possible to only measure correlation, and not causality, experiments need to be run in order to understand it. And thanks to the abundance of data, they started with herding – the remote orchestration of human situations, foreclosing alternatives and thus moving behavior along paths of heightened probability to approximate certainty. As a result, our will (called by the philosopher Hannah Arendt the „organ for the future”) is affected, mediated and, ultimately, compromised. What follows is the loss of the right to the future tense – it may no longer be us making the decisions anymore, but rather the placement of Poke stops or route suggestion affecting it.

For many, such as Meyer, Planck and Skinner, freedom of behavior seemed an “accident”, or “illusion”. Instrumentarian power, operating through the means of modifying our behavior, can succeed in removing this friction.

How much better can it be for producers to improve their forecasts to the level of “certain outcomes”? How much better can it be for us, the consumers, as we only need to sacrifice our freedom for collective knowledge. In the human hive, individual freedoms need to be forfeit to the collective for the sake of the social efficiency of the whole. The instrumentarian order, it seems, begins with the death of individuality. Enter “Third modernity” with its quest for effective live together.

The problem is not independent thought, as Pentland, the author of “Social Physics” puts it, the problem is in the observable thought processes that occasionally emerge to defeat social models. But if social pressure is elevated to the highest good – the unpredictable results of free thinking can soon be deemed morally inappropriate.

It is a decision for us to make – should we continue to strive for our reflection in the mirror, seeking what is desirable and trending, receiving dopamine shots with every received ‘like’? Or insist on our first-person voice, provoking us to carve out our own unique responses to the world? Responses that are composed of our inward sense of valid thought, of moral authority. Truthful responses in languages of reciprocity, intimacy, composed at the backstage of ourselves – the region that Goffman calls a retreat from the performative demands of social life. Privacy, intimacy, solitude, reserve and family, which are required for psychological health and truthful responses. And those depend on a sanctuary, an inviolable space where we are by ourselves, a space called home.

What defines Surveillance Capitalism is the convergence of freedom and knowledge. The absence of reciprocity in societies usually ended in acts of violence. The weakening of democracy at the same time makes it less likely for a response to be expressed in a civilized way. What is on the horizon is a different kind of extinction, that the author calls the “seventh extinction” after a sixth of vertebrate species who are disappearing faster than at any time since the dinosaurs. The seventh might be the extinction of what is most precious to our nature – our will to will, the sanctity of the individual, and intimacy in the aftermath of the dying off of human nature.

However, as the author concludes, new beginnings are plausible beyond the natural instincts to bow down. And they always begin from the capacity of freedom as a hidden source of all great and beautiful things yet unknown. 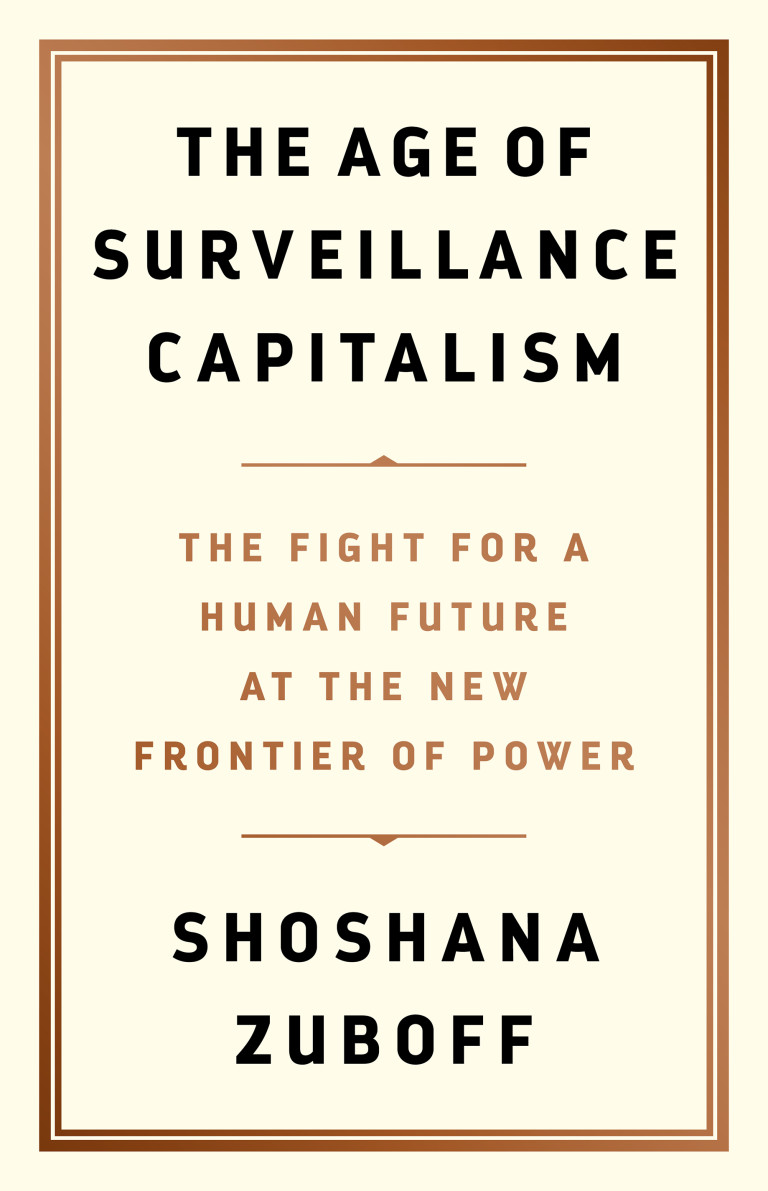 The book delivers an abundance of information, insights, and counsel on, what Shoshana calls, the darkening of the digital age. It is about the challenges to humanity posed by the digital future, and un unprecedented new form of power.