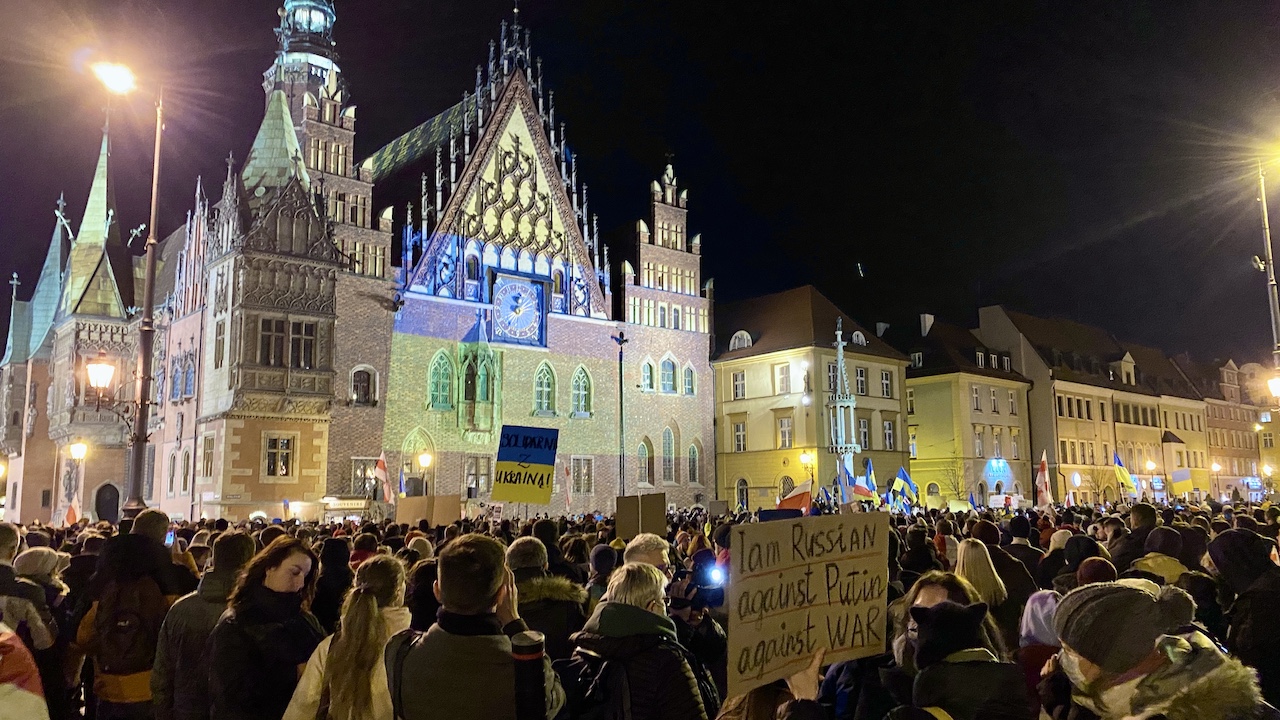 When we fail to educate . . . a global lesson

We are species of stark contrasts. Russia, a space-faring nation, has recently resorted to medieval brutality. Their young recruits, confronted with choices between civil and evil, are choosing evil. The recent outbreak of the war in Ukraine reminds us that although technology advances quickly, our cognitive advancement as a species lags behind with terrible consequences.

What I’m tackling here is the deficit of self-authority and critical thinking exposed at a time of extreme circumstances. Although the recent crisis can be analyzed on multiple levels, my main focus is on the cognitive deficits. Every day, I continue to be astonished as I watch videos of captured aggressors on Twitter. Disoriented, these 18-20 years olds explain to the cameras that they were tricked into invading their neighboring country. Many had no idea where they were going. Caught in the middle of a battlefield, they defaulted to killing in what they saw as self-defense. Humanity ends up suppressed by one of our most primitive instincts: survival.

These soldiers’ young age makes it easier  to believe that these confessions may indeed be true, which tells us that what we’re all witnessing is a terrifying display of wasted potential. The chaos and terror of the situation rendered both their victims’ and their own lives worthless.

Given my experience working with top educators, I’m especially struck by the contrast between the world in which opportunities are created, and the one where they are stifled.

Opportunities come when
educational institutions succeed
at instilling the importance
of independent thinking
and self-authority in their students.

From primary school to university, top educational institutions the world over are making it a priority to nurture these skills. Once attained, they are young people’s immune system, protecting them against manipulation, deception, or unlawful orders if for those who become soldiers. But independent or critical thinking skills aren’t guaranteed by compulsory education.

Cramming a child’s brain full of information doesn’t immediately lead to critical thinking – far from it. One cannot become objective about anything by simply being a passive recipient of it. In a world of information abundance, school is by no means the only place to learn.
The skill that matters is the ability to distinguish between signal and noise, or between reason and insanity. Objectivity, or critical thinking, is the ability to form an informed opinion, backed by sources one can rely on. It is the audacity to reason and engage in a civilized exchange of opinions from different points of view. That’s what progressive education offers.

Technology makes the contrasts between critical thinkers and their opposites even more pronounced. Tech can become lethal in the hands of the uneducated, manipulation-prone masses. The world is experiencing this now, during this onslaught of Russian aggression in Ukraine where the stated goals, orders, and motivations have all been subject to some form of manipulation. Add lethal weapons to this equation, and destruction and mayhem ensue.

The use of technology by conscious independent thinkers yields the exact opposite result. It is being used to do life-saving, humanity-enriching deeds which could eventually take us to the stars just as Elon Musk envisions. If we are to further advance with the goal of enhancing our human capabilities, it’s abundantly clear that where we start matters most – in the classroom.

Education is where it all begins to go right or wrong. I’ve seen how brilliant teachers can turn their lessons into a captivating, transformative experience. From South Africa to South Texas, it’s possible to witness how underprivileged and underperforming students can improve their scores – and better yet, learn to enjoy learning. This can be done anywhere, including Russia, given the mindset and the willingness to invest time developing critical thinking skills.

It is harder, but not impossible, even in places where the teacher-to-student ratio is high. But there’s no way for a student to benefit from their teachers’ attention, practice reasoning or articulation of thoughts without the possibilities provided by digital technology. It just can’t be done on paper at this scale.

Knowing how to adopt tech to encourage critical thinking isn’t necessarily easy. I personally witnessed situations where the change is unwelcome, and teaching remains based on old-fashioned lectures and fact memorization. Those seem easier to deliver to classes of more than 30 participants. In these places, both teachers and students seem to play the same game: teachers pretend to teach, and students pretend to learn just to pass their exams. In such places, it’s hard for students to practice reasoning and discernment. In the absence of critical thinking skills, dependence on others’ influence  or direction fills the void. This creates the tragic context for what we’re now seeing in Ukraine in the form of horrifying carnage inflicted by young recruits acting mindlessly. They may well not have a clue about the consequences or even realize that obeying unlawful order is a crime. Their cognitive abilities remain suppressed.

In the right educational environment,
competent, independent thinkers
are the most precious resource
any country could dream of.

They are the people behind the Webb Telescope or SpaceX milestones. They are the ones who will deal with environmental, energy or you-name-it crises we will encounter. They are the strategic resources countries compete for.

Our world is now facing a crisis whose roots run far deeper than many of us realize. Thinking habits are established early — in schools and an environment that supports the practices of pondering and reflection. If you observe how schools are adopting progressive teaching mindset, it’s very clear that the US and Scandinavia are leading in the pursuit of creating the right climate to foster the intrinsic motivation needed for students to think on their own. It’s where civic attitudes are grounded. Countries that escaped the gravity of eastern authoritarian regimes in the past, such as Poland, Lithuania or Latvia, were able to do so thanks to the combined brainpower of their independent thinkers.

It is never too late to reinvent the way students gain their skills. Germany is a recent example of a country with a historically traditional approach to teaching, where educators have begun to adopt best teaching practices and technologies at an impressive pace. Soon after the Covid-19 outbreak, they realized that they simply would not be able to handle the demand for hybrid learning, and promptly started a very ambitious transformation all throughout their country. Their example is, however, dwarfed by the global need to reinvent education.

If we fail to meet this moment,
we may never be able to put a stop
to the destructive processes
that end up devaluing human lives
and cutting them short
as a result of poverty or wars.

Any update to our primitive nature can only be accomplished by a change in education that would bridge existing cognitive divides — between those that were thought to think independently and those that weren’t.

That’s where technology should be strategically deployed first, so we can get our own house in order before we even attempt to reach for the stars. Otherwise, it will always backfire, just as lethal instruments of war do in the hands of uneducated Russian soldiers with no ability to comprehend the consequences of their actions.