I got this book into my hands while researching potential models for human & AI Apprentice cooperation. The wonderful essence of Tom’s book is to imagine how people and computers will interact on a massive scale to create intelligent systems. The author is both a management consultant and organizational theorist, as well as a Professor of Management at the MIT Sloan School of Management. His thinking about the impact of technology and the harnessing of both human and artificial minds make most of our thoughts on that subject seem… infantile.

Here’s my visual depiction of quotes & concepts I listed when thoroughly reading the book: 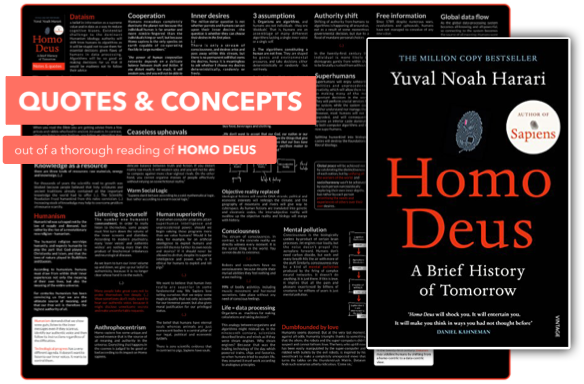