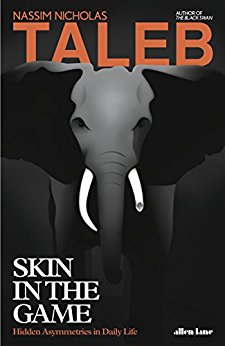 Nassim Taleb in the book “Skin in the Game”  provides a meta guide to risk exposure and how the fragility works. It’s not so much exploration of strategies for dealing with uncertainty, it’s more of a deep intellectual dive into the Greek and Arabic origins of thinking about risks and how the concept of ‘skin in the game’ is reflected in politics, businesses, belief systems and across different magnitudes of scale (individual, tribal and society as a whole).